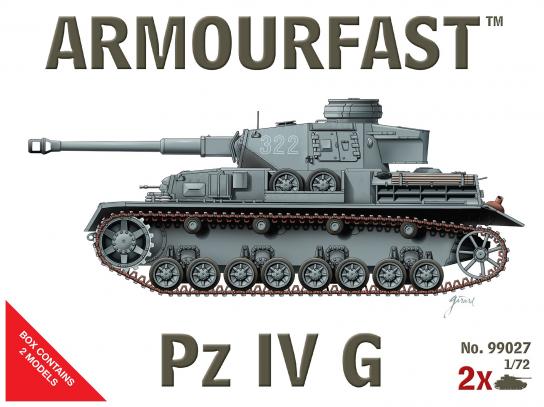 Enter your details and we'll be in touch when Armourfast 1/72 Panzer IV G is back in stock.

The Panzer IV is normally described as having been the mainstay of the German tank forces during the Second World War, but that is actually somewhat misleading. While it is true that the Panzer IV was the only German tank to remain in production for the entire duration of the war, for the first three of those years it was a close support weapon produced in relatively small numbers. It was only after the appearance of the long-gun armed Ausf F2 in the summer of 1942 that the Panzer IV became a potent tank killer, and its heyday came during 1943, when for a short period between the gradual disappearance of the Panzer III and the entry into service of the Panther it was indeed the backbone of the Panzer forces.

The original Panzer IV was designed to operate in support of the Panzer III. That tank, initially armed with a 3.7cm KwK L/46.5 gun and firing armour piercing rounds, was expected to act as the German Army’s tank killer. The Panzer IVs would follow behind, and would use their 75mm howitzer firing high explosives to destroy soft skinned targets such as enemy anti-tank guns, which were not particularly vulnerable to armour piercing shells.

The Panzerkampfwagen IV Ausf G was the first version of the Panzer IV to be produced in really large numbers, with a total of 1,687 being completed as gun-armed tanks between May 1942 and June 1943. Despite this large increase in tank production the Ausf G appeared just as the balance of power in the war was shifting away from the Germans.The first 1,275 Ausf Gs were built with the 7.5cm KwK40 L/43, but in March 1943 production switched to the longer L/48 version of the gun (five calibres, or 35cm longer).From June 1942 an extra 30mm of armour was added to the front of the superstructure and hull of sixteen tanks per month, and from December 1942 that extra protection was installed on half of the total protection.

Early versions of the Ausf G were identical to the Ausf F2, so much so that in June 1942 all surviving F2s were redesignated as Gs to avoid confusion with the short gunned Ausf F. During the production run a series of modifications were made. The first saw the vision ports removed from the sides of the turret and from the loader’s side of the turret front.In January 1943 the driver’s episcope (a projection designed to increase his view) was removed. In March a new better armoured cupola was installed, and in the same month thin steel plates were attached to the side of the hull and turret sides and rear (known as “Schürzen”, or skirts). Late in the production run a new drive sprocket was introduced, and the radio antenna was moved to the left hull rear.

The Ausf G began to enter combat during the summer of 1942. A total of 170 long gunned Panzer IVs were present at the start of the German summer offensive in June 1942. The type was at its peak at the start of the Kursk offensive of 1943, when Army Groups Centre and South between them had a total of 841. This big increase came about after the Panzer IV became the standard equipment of every company in each Panzer regiment, rather than just the medium companies. The Ausf G remained in service to the end of the war.

All our kits come with2 MODELS IN EACH BOXgiving you the flexibility to produce the variation of your choice. 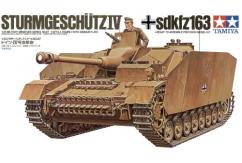 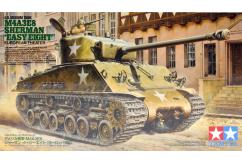 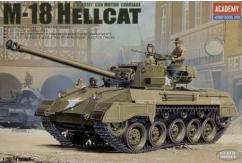 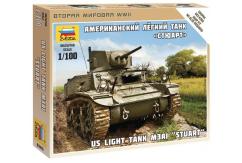 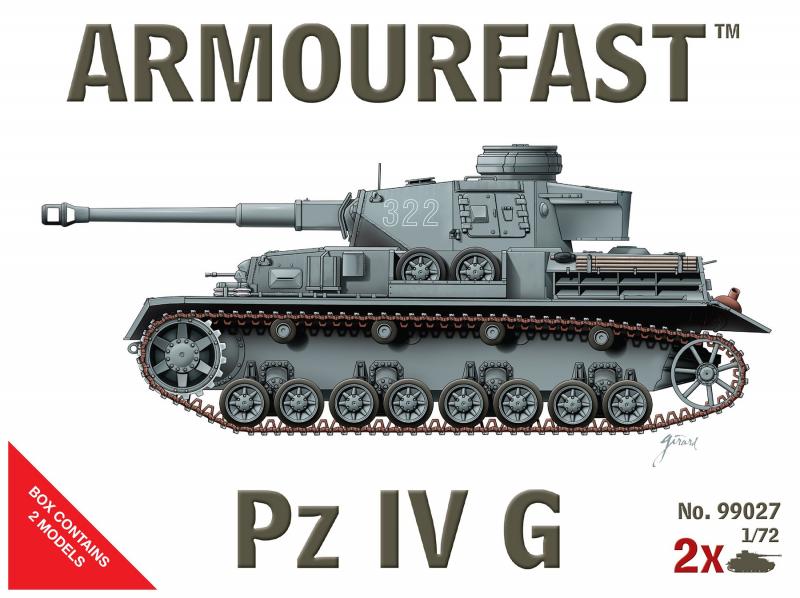