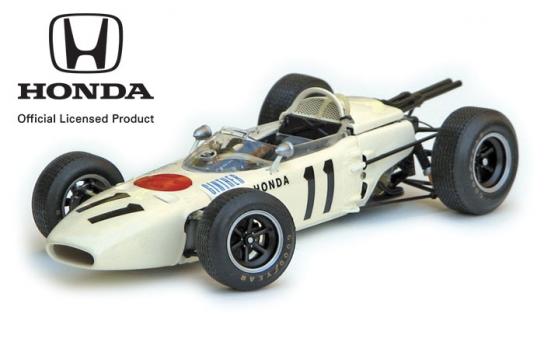 Out of
stock
$78.00
Dispatch
Out of Stock
In-Stock Alert
We'll email you when it's back in stock

Enter your details and we'll be in touch when Tamiya 1/20 Honda F1 RA272 is back in stock.

The 1965 Mexican Grand Prix was not just the last race of the season, but also the last Formula-One race using normally aspirated 1.5liter, displacement engines. The car that won this memorable event was Honda's highly competitive RA272 racing machine, driven by the skilled driver Richie Ginther.

Honda was the first Japanese car manufacturer to participate in F-1 Grand Prix racing, and this was their first F-1 victory since entering the 1964 German Grand Prix. Honda competed in the 1964 season using their RA271 machine, piloted by the young American driver Ronnie Bucknum. Although the RA271 occasionally showed a glimpse of its hidden potential, it failed to record any remarkable results. A discouraging season lead Honda to develop a much more integrated F-1 racing machine. Following the 1964 season, Honda thoroughly improved the machine and re-designated it the RA272. Its high tech and powerful, transversely mounted V-12-cylinder engine was said to yield an amazing 220 plus horsepower.

Richie Ginther joined the team beginning the season, and his racing experience helped the team in further refining the RA272. He gained 6th place in the Belgian and Dutch GP's, and finally won the Mexican victory on October 24th 1965. Taking the lead just after the start, Ginther's RA272 recorded a perfect win, without yielding the top position throughout the race. Partner Bucknum also earned 5th place, adding to Honda's racing laurels.

★This is a plastic model assembly kit depicting the RA272 which was victorious in the 1965 Mexico Grand Prix. ★From the distinctive body lines to mechanical details, the form of the car is captured in style. ★Features a detailed depiction of the V12 engine. ★Engine cowl is split into three parts as on the actual car. ★Two marking options are included. 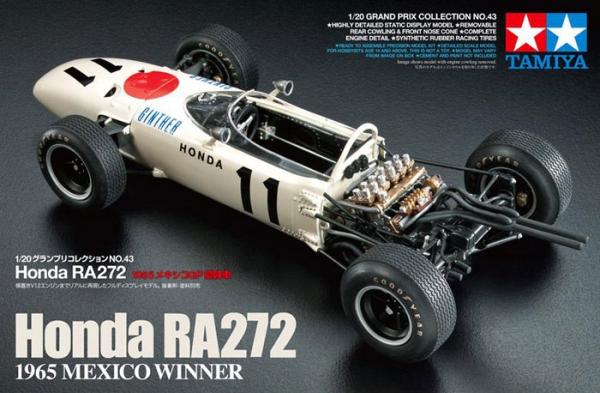 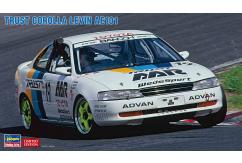 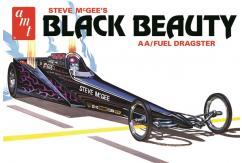 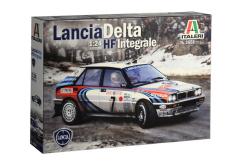 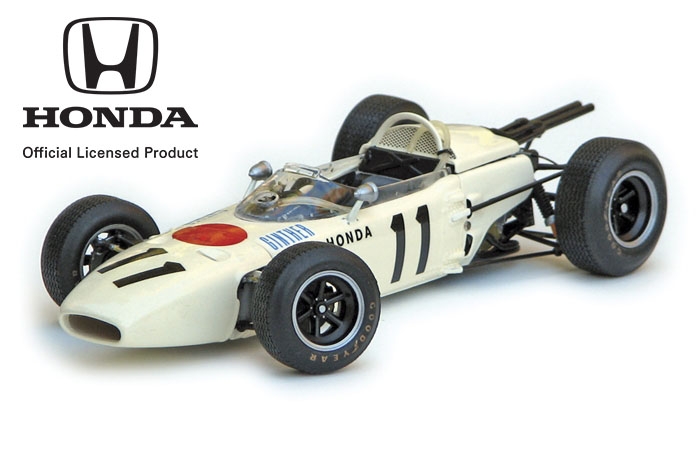