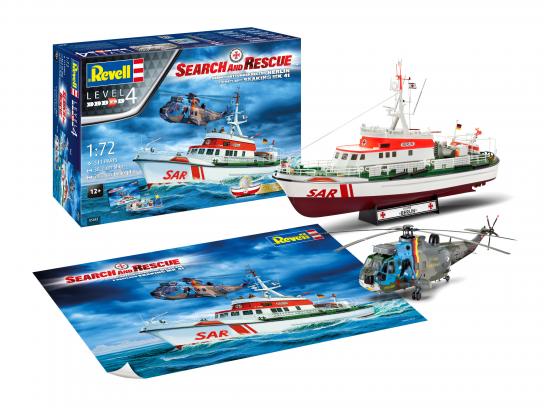 Sea rescue cruiser or SAR helicopter: Which of the two kits is put together first by the skilled hands of the hobbyist? The SAR set DGzRS BERLIN and Westland SeaKing Mk.41 offers extensive model building fun not only on gray autumn and winter days. Two plastic model kits are used to create realistic replicas on a scale of 1:72. Many moving parts and carefully selected decals ensure a high level of authenticity. From model makers for model makers: So that the hobbyist can get started right away and the desire to do so doesn’t become frustrating, the meticulously put together craft set contains easy-to-understand instructions, including paints (Revell Aqua Color), brushes and adhesive (Revell Contacta Professional Mini).

“We drive out when others come in” – that is the courageous motto of the German Society for the Rescue of Shipwrecked Persons (DGzRS).

The fleet of sea rescue cruisers and boats has been kept on course exclusively through donations for more than 150 years. The German Navy and the DGzRS work closely together for the SAR service (SAR = Search and Rescue) in the North and Baltic Seas: the former provides the Sea King helicopters and a crew of two pilots, one on-board mechanic and one or several paramedics. The DGzRS provides support with sea rescue cruisers, mostly with a crew of four.

Until it was replaced by a ship of the same name in the 28 m class in 2017, the DGzRS BERLIN was actively involved in SAR operations in German territorial waters. Many stories testify to the capabilities of the compact cruiser, which can glide through the open sea with a maximum speed of 23 kilometers and a displacement of 103 tons. Equipped with a daughter ship called Steppke, the sea rescue cruiser convinced with reliable high seas in wind and weather

By 1995 the Westland SeaKing Mk.41 was built. With a total output of 3,400 hp, a maximum range of around 1,500 kilometers and a maximum take-off weight of nine tons, Sea King helicopters are still in use in many countries around the world.

The Westland SeaKing Mk.41 was originally designed as a multipurpose transport helicopter for military operations. The robust helicopter is equipped with high-tech radar and an infrared camera. Even in extremely bad weather conditions, he gets permission to take off.

The impressive helicopter does one job particularly well: rescuing people in distress at sea. A built-in cable winch is normally used for the daring operational maneuvers on the high seas. Constructed as an amphibious helicopter with a special fuselage shape and boom, the helicopter can also land on water. At sea, integrated floats provide the necessary lift for the rotorcraft in the event of such an emergency landing.

SAR helicopters and sea rescue cruisers require the painting and assembly of a total of 311 individual parts. With loving details such as the daughter boat "Steppke" in the stern hull, the sea rescue cruiser DGzRS BERLIN awaits the ceremonial ship christening as it was built in 1985.

The mobile main and tail rotors of the helicopter are waiting for their first deployment in SAR service.

It doesn't matter whether the fully assembled models are used for exciting role-playing games on the high seas or placed in the display case as a tribute to the German Society for the Rescue of Shipwrecked People: In any case, the model building fan can be proud when he has completed his model building work. After all, this is a level 4 Revell craft kit, which already requires a high degree of concentration and manual dexterity. 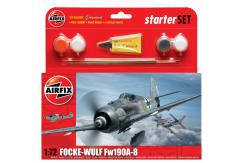 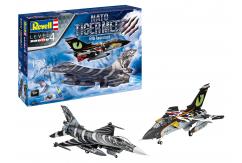 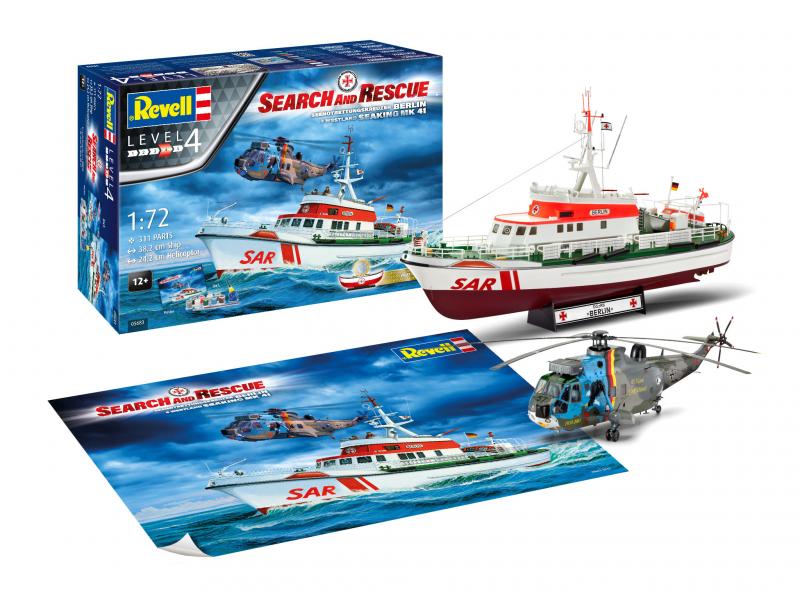