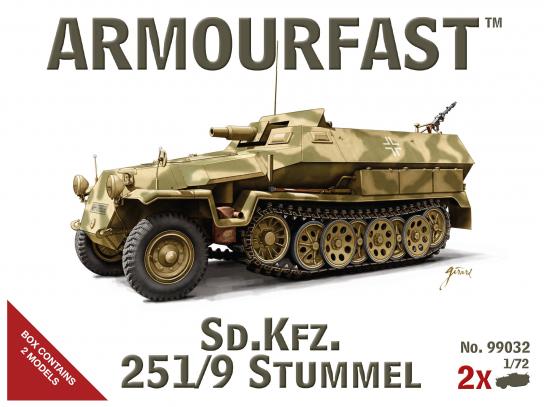 The Sd.Kfz. 251/9 StummelThe Sd.Kfz. 251 (Sonderkraftfahrzeug 251) half-track was an armoured fighting vehicle designed and first built by the Hanomag Company during World War II, and based on their earlier, unarmoured Sd.Kfz. 11 vehicle. The larger of the pair (the Sd.Kfz. 250 being the lighter one) of the fully armoured wartime half-tracks of the Wehrmacht, the Sd.Kfz. 251 was designed to transport the panzer grenadiers of the German mechanized infantry corps into battle. Sd.Kfz. 251s were the most widely produced German half-tracks of the war, with over 15,252 vehicles and variants produced in total by various manufacturers, and were commonly referred to simply as “Hanomags” by both German and Allied soldiers.

The standard personnel carrier version was equipped with a 7.92 mm MG 34 or MG 42 machine gun mounted at the front of the open compartment, above and behind the driver. A second machine gun could be mounted at the rear on an anti-aircraft mount. This is available in the Armourfast SDKFZ 251/1 kit No 99019.Variants were produced for specialized purposes, including with anti-aircraft guns, light howitzers, anti-tank guns and mortars or even large unguided artillery rockets, as well as a version with an infrared search light used to spot potential targets for associated Panther tanks equipped with infrared detectors. The Sd.Kfz. 251/9 – Schützenpanzerwagen (7.5 cm KwK37) variant was equipped with a 75 mm L/24 low velocity gun, using the same pedestal gun mount employed on the StuG III; nicknamed “Stummel” (“stump”) because of the guns short length. In 1944, a revised modular gun mount was introduced to facilitate production that also incorporated a coaxial MG42.

This gun mount was also used to create the Sd.Kfz. 250/8 variant.The “Stummel” gave Panzergrenadier formations fast and effective fire support allowing them to smash through enemy defences as StuGs and other fully tracked assault guns could not always be available when the Panzergrenadiers needed them.Combining the already proven Sd Kfz 251 half-track with the short 7.5cm tank gun created the Sd Kfz 251/9C.

The guns were left over from converting the Panzer IV to the longer KwK 40 gun. They were quickly issued to heavy gun companies of Panzergrenadier Regiments where it provided fast and effective fire support allowing them to smash through enemy defences as StuGs and other fully tracked assault guns could not always be available when the Panzergrenadiers needed them.

The Stummel first saw action on the Russian Front in June 1942 when two prototypes were issued for testing. They were successful and a further 150 were ordered.It carried 52 rounds of ammunition for the 7.5cm as well as 2 Machine-guns for air and close protection with an ample supply of ammunition.All our kits come with2 MODELS IN EACH BOXgiving you the flexibility to produce the variation of your choice. 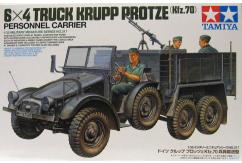 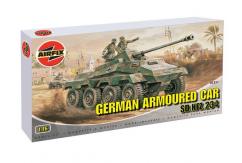 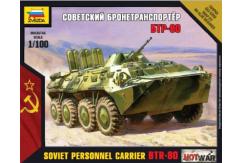 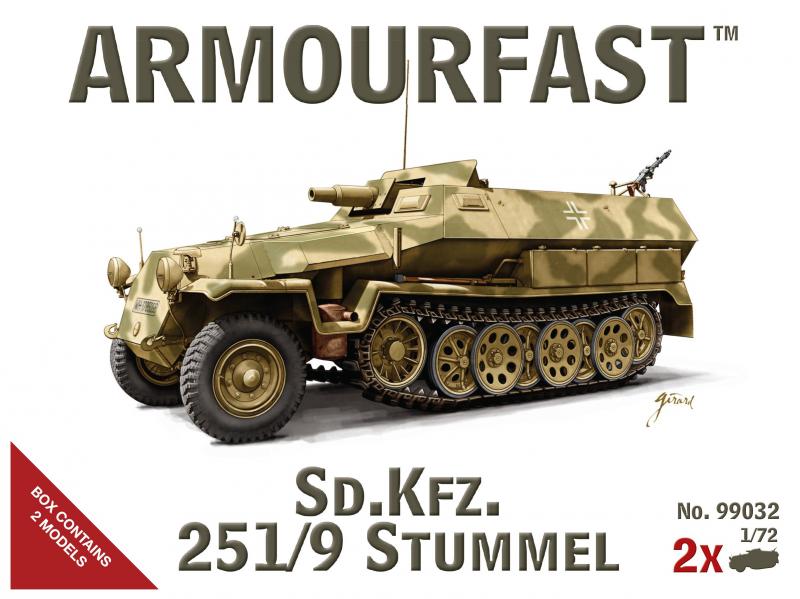